Skip to content
Home » Beyond the Sea of Stars 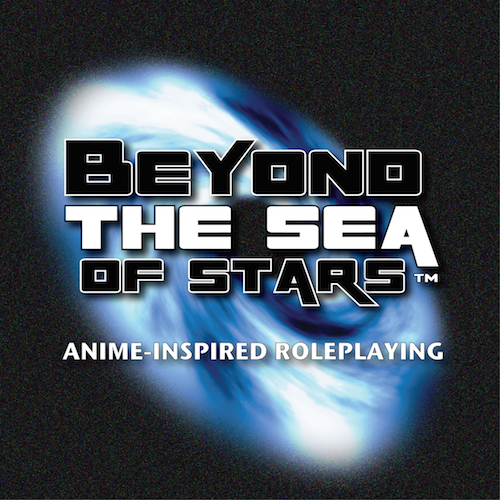 Beyond The Sea of Stars is a roleplaying game currently in development that is inspired by anime and JRPGs that are played on consoles and computers.  At its heart, the game is focused on exploration, performing mighty deeds, and making a name for yourself across the galaxies. The core game itself takes many of the tropes of the anime and JRPG genres and adds spins and tweaks onto them, using a highly modified version of the most famous fantasy RPG game in the world as the basis for a new game engine that allows for a dramatic shift in gameplay: the AxB Engine. This engine uses 3d6 as the basic basis for dice rolls instead of a d20, but characters may end up rolling anywhere between 1-6 dice, sometimes using dice with more faces!

Here’s a short list of some of the unique features of the game:

Below, you can see an example of the proposed character sheet for the game, which highlights the differences that the AxB Engine brings to game table for you in visual form. 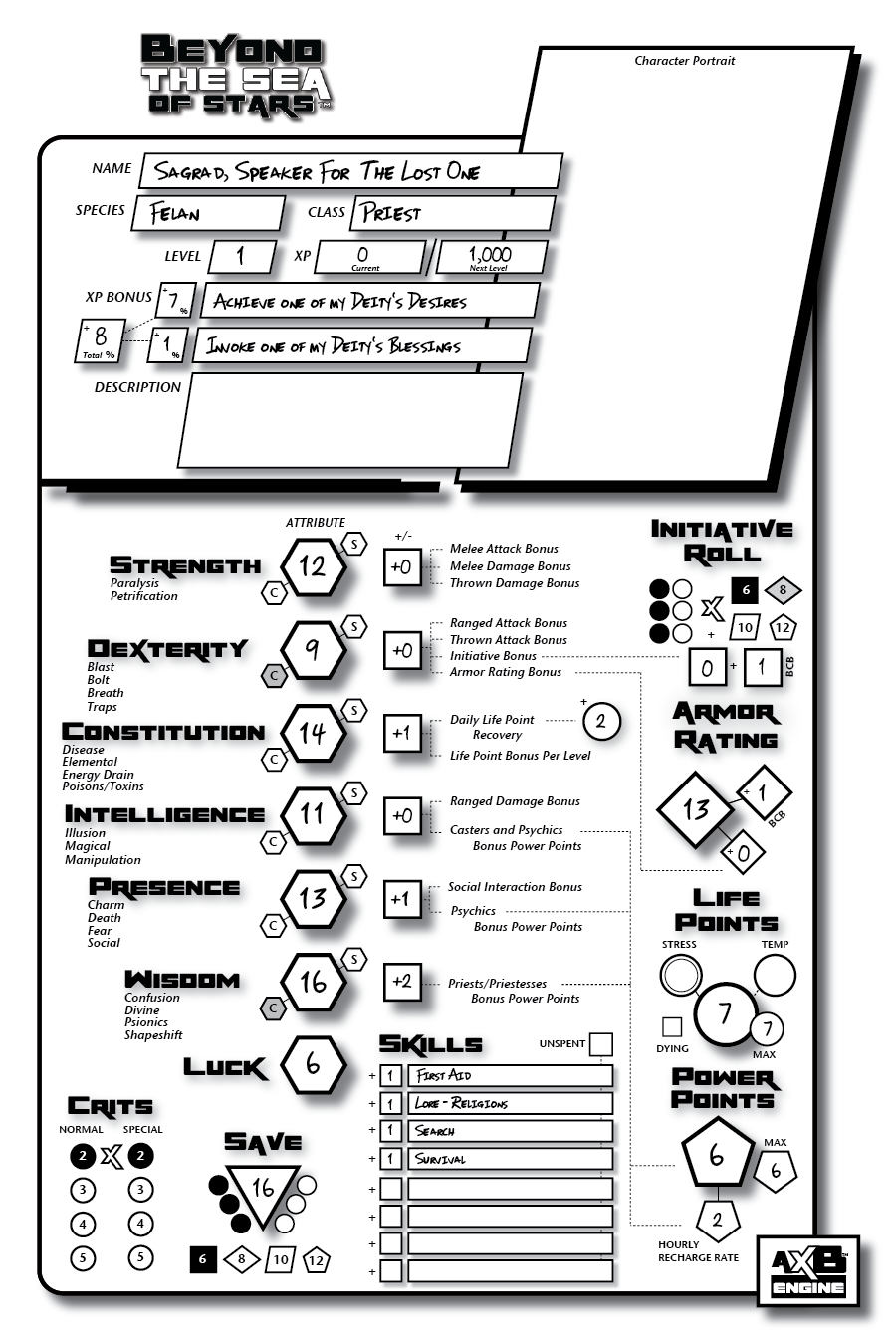 Sample character for Beyond The Sea of Stars: A Felan Priest 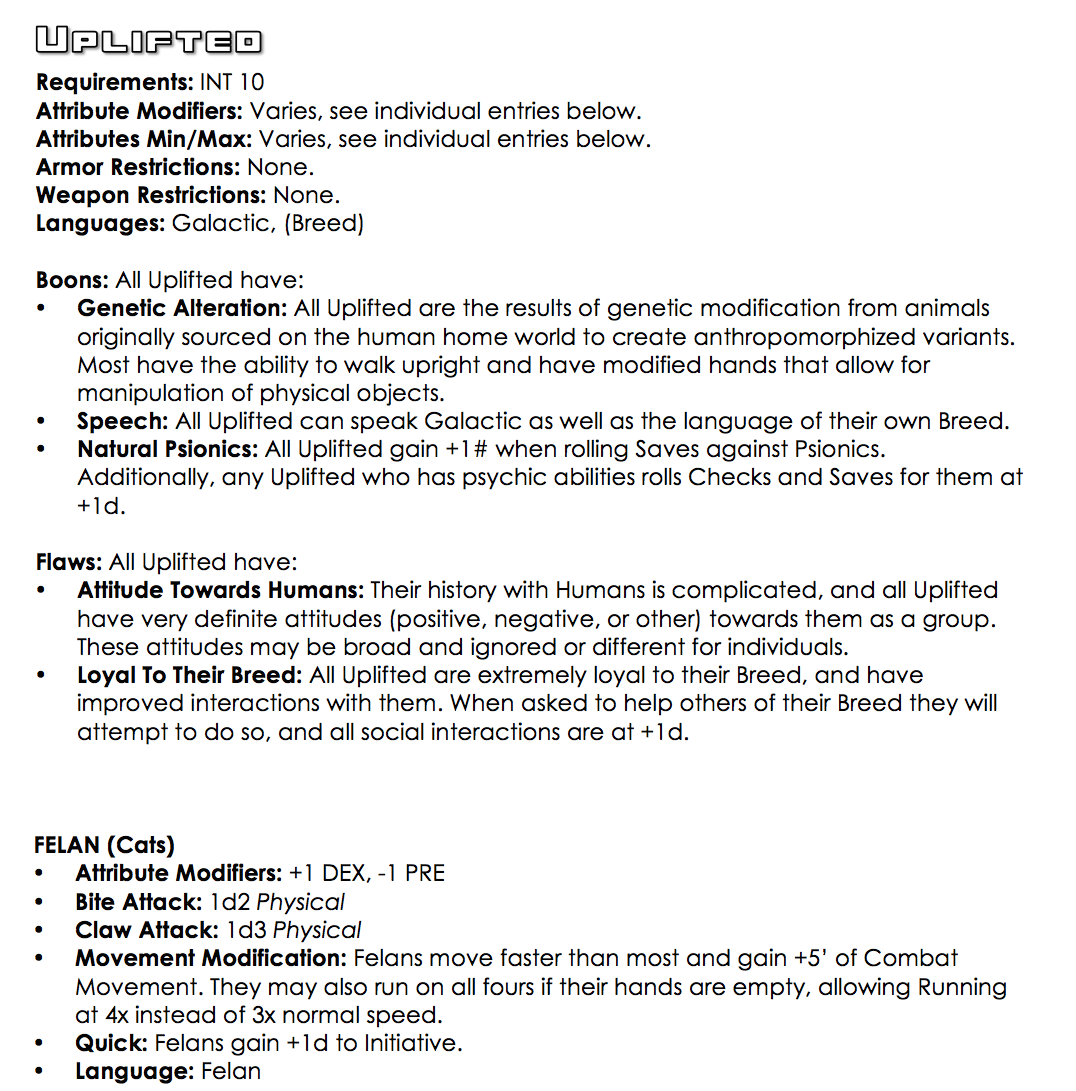 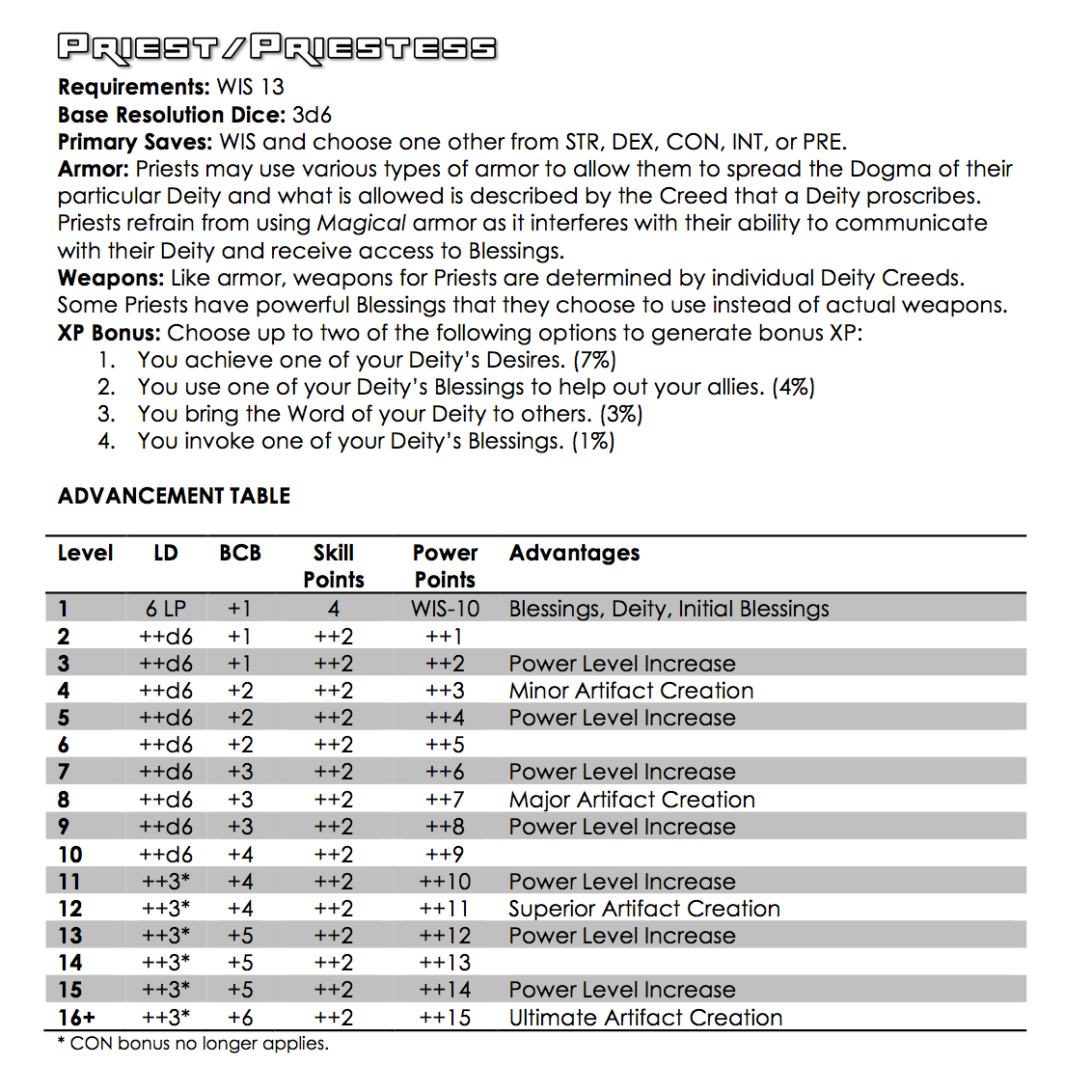 We will be releasing an SRD of the game into open beta shortly for public review and play and plan to keep the SRD free and open. Once the game has been thoroughly tested, it will be fully developed into print and digital products including core game books and supplemental support products.

The current target for the release of the SRD Beta is Summer 2015.